Photos of the Queen's Golden Gaels Women's Hockey team ivs. the York Lions at York University, Toronto, ON on January 11, 2014.

All photos are Copyright (c) Jeff Chan 2014, but may be used for personal non-commercial use, and by Queen's University, the CIS and its member conferences, so long as photo credits are shown or the photos are otherwise attributed to Jeff Chan. All other rights are reserved.

No. 4 GAELS GET OVERTIME WIN OVER YORK 2-1
By Shawn MacDonald, Queen's Sports Information

The No. 4 Queen's Gaels needed overtime but were able to come away with two points thanks to Shawna Griffin (Redwood Meadows, Alta.) who scored in the extra period to give the Gaels a 2-1 win over York.

The Gaels took a 1-0 lead in the second period on a goal from Alisha Sealey (Elora, Ont.) which was her first of the season. The game was a defensive battle for the better part of the opening 60 minutes with both goaltenders shutting down the offensive attacks.

The Lions were able to tie the game in the third and force overtime as Lindsey Cochrane scored her first marker of the season as well.

In overtime it was all Gaels as they outshot York 6-0, with their sixth shot coming off the stick of Griffin for the game winner, her 10th of the season at 3:11 into the overtime period.

The Gaels now move to 13-2-3 on the season and still hold down the first place position in the OUA.
Read More 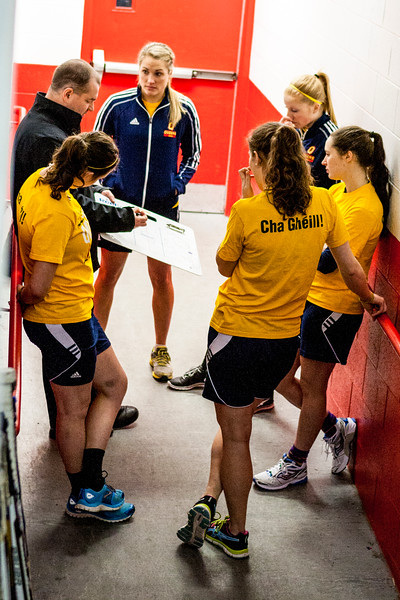