Photos of the second annual OUA Women's Soccer East-West Showcase at the Ontario Soccer Association Centre, Vaughn, ON on May 3, 2014. The Gaels were represented on the East team by Alexis McKinty (Burlington, ON), Riley Filion (Alexandria, ON), Melissa Jung (Mississauga, ON), and Micah Vermeer (Grimsby, ON) along with head coach Dave McDowell.

All photos are Copyright (c) Jeff Chan 2014, and may be used for personal non-commercial applications including by Queen's University, the CIS and its member conferences, so long as photo credits are shown or the photos are otherwise attributed to Jeff Chan. All other rights, including for all corporate use, are reserved.

Second half goals by Riley Filion (Alexandria, Ont.) of the Queen's Gaels and Carleton forwards Adrianna Ruggerio (Markham, Ont.) and Nicole Filipow (Edmonton, Alta.) lifted the East to a 3-2 win in the second annual Ontario University Athletics Women's Soccer Showcase. Once again the event, held in conjunction with the Ontario Youth Soccer League (OYSL) at the OSA Soccer Centre in Vaughan, was a big success with players from all across Ontario on the pitch and in the crowd.

The game opened with the East side applying relentless from their forwards. The group that included the Ottawa Gee-Gees duo of Julia Francki (Orleans, Ont.) and Pilar Khoury (Ottawa) plus Toronto's Aisha Lewis (Mississauga, Ont.), pushed toward goal as often as possible but weren't able to get any quality scoring chances early. The West defenders, including Laurier's Kelsey Tikka (Thuder Bay, Ont.), McMaster's Marisa Bremner (Barrie, Ont.) and UOIT's Kylie Bordeleau (Cambridge, Ont.), were able to stifle the East attack.

Despite being under pressure most of the first half, it was the West team that opened the scoring. In the 32nd minute, the West team found themselves on the attack when a foul was called in the box. Laurier's Julie Maheu (Oakville, Ont.) stepped to the penalty spot and slipped the shot past East keeper Alex Hogg (Ottawa) from RMC to take a 1-0 lead.

It was from this point in the half that the West team found their legs and were able to generate chances, but Hogg and the East back line were able to shut the door and sent the game into halftime with the West up 1-0

The second half was more pressure early from the East offence. After a couple of strong runs and missed shots, Riley Filion of the Queen's Gaels was able to lift a shot from 30 yards out over the outstretched hands of Western goalkeeper Tori Edgar (Oakville, Ont.). The 55th minute goal evened the match at one.

Seven minutes later the East went ahead. Alexis McKinty of the Queen's Gaels came streaking down the sideline. As she drew the defender to her she was able to find Carleton's Ruggerio wide open just inside the 18-yard box and Ruggerio buried the strike in the bottom corner past Edgar.

Carleton's Nicole Filipow added a third marker for the East in the 77th minute, which would turn out to be the difference. In the 90th minute the West squad was pressing looking to make the game close when East keeper Alex Hogg had a ball deflect off her finger tips, but right to the foot of Western's Amanda Boyle (Vaughan, Ont.). Boyle was able to easily deposit the ball into the back of the net to pull it to a 3-2 score. Ultimately time would run out and the East would prevail by the same score.
Read More 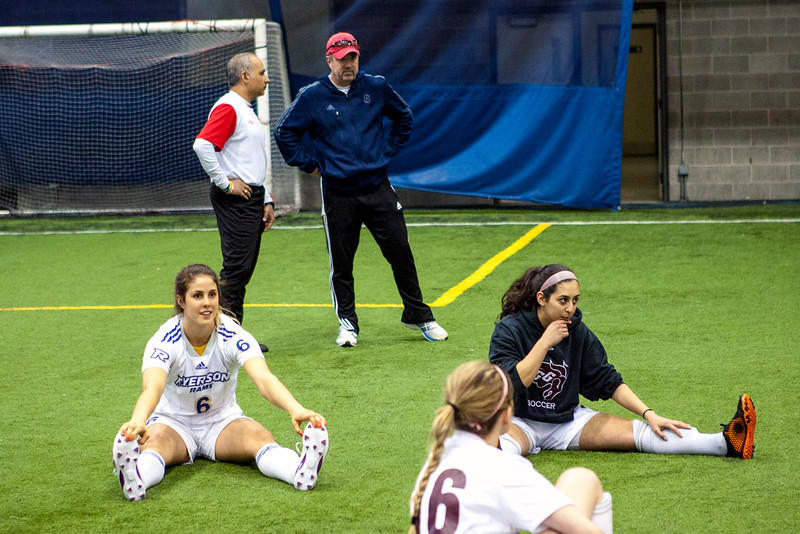 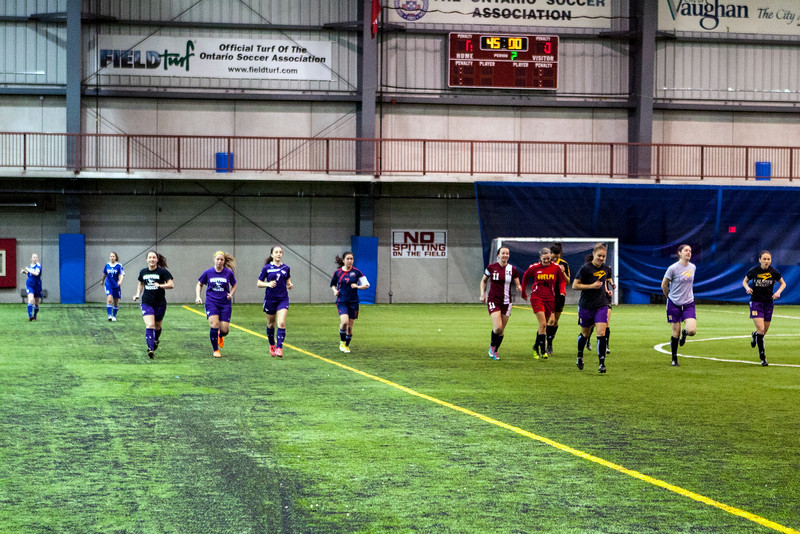